This page presents some information about my research projects, along with data and research materials from my studies. Feel free to use these resources as long as you cite the relevant articles. I will also post some pedagogical materials here.

Are human beings basically good or selfish? Are there higher powers in the universe? What sources of knowledge can be trusted? To what extent are people free to shape their own lives? To what extent is the world a just place in which you get what you deserve?

All human beings make basic, often unarticulated and unconscious, assumptions about reality. These assumptions have great impact on our lives, including major life choices, the pursuit of meaning, well-being, coping with adversity, and conflict with others who do not share our worldviews. But they have been overlooked in many areas of psychological research for a long time. Although there is ample research on specific kinds of belief, there is still no comprehensive model of the entire belief system. The goal of this project is to develop model that does cover the main varieties of fundamental beliefs about the world. We initially identified 36 different preliminary categories of belief and constructed a questionnarie to measure them. Preliminary analyses have suggested that there are at least six higher-order factors of core beliefs.

"Is man the measure, an end in himself, an active, creative, thinking, desiring, loving force in nature? Or must man realize himself, attain his full stature only through struggle toward, participation in, conformity to a norm, a measure, an ideal essence basically prior to and independent of man?" (Tomkins, 1963)

Throughout human history, clashes between worldviews have produced fierce conflict between individuals and groups. As Silvan Tomkins—one of the great worldview theorists—once noted, "whas is lacking in evidence is filled in by passion and faih, and hatred and scorn for the disbelievers". Tomkins introduced Polarity Theory, which traces the clahes between worldviews to a universal opposition beween two fundamentally different perspectives on reality and philosophies of life: humanism and normativism.

The beauty of this theory is that it provides an integrative account of the systems of meaning that cut across different domains of worldviews, as well as their manifestations across diverse human activities, such as philosophy, politics, science, child-rearing styles, aestetics, and religion, across human cultures and epochs. My research has provided evidence for several theory-grounded hypotheses:

I have developed scales to measure each of the facets of humanism and normativism, as well as short-scales that measure the total worldviews. These scales can be accessed below: 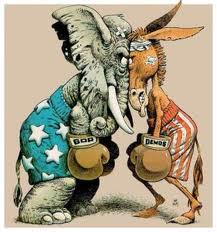 Moral Foundations Theory (see the Wikipedia page and the official webpage) is one of the leading theories in moral psychology today. According to this theory, the clashes between different ideological, religious, and cultural groups can, to a great extent, be explained in terms of conflicting, deeply emotion-laden intuitions about what is morally right and wrong. The theory proposes a number of universal foundations that these intuitions rest upon:

The first two foundations are individual-focused (or "individualizing")—they promote the welfare of individuals. The following three are group- or system-focused ("binding")—they bind individuals into collectives. My colleagues and I have applied primarily this distinction to several different topics: 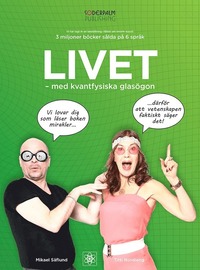 The philosopher Harry Frankfurt famously defined bullshit as a claim produced absent concern for the truth; that is, rather than lying or being deluded, the bullshitter simply does not care about whether s/he is speaking the truth or not. Pseudo-profound bullshit in turn consists of sentences designed to sound intellectually profound. They are constructed by stringing together impressive-sounding buzzwords into a random but syntactically correct sequence. This type of bullshit is not uncommon in the New Age movement and in some quarters of continental and postmodern philosophy.

Download the Swedish version of the bullshit receptivity scale

One central theme in my research within political psychology is that "personality variation in the ideological domain is not reducible to the simplistic contrast between ‘liberals’ and ‘conservatives’, which ignores differences between progressive and non‐progressive leftists, economic and green progressives, social liberal and conservative rightists, and nationalist and non‐nationalist conservatives" (Nilsson et al., 2020, p. 448; see also Nilsson et al., 2019).

Another theme is the combination, integration, or comparison of constructs from different traditions in the field and the need for more rigorous psychometric scrutiny of common measures and models. For instance, although political psychologists frequently describe conservative (vs. liberal) ideology in terms of preferences concerning social change and equality, no standard measure of these dimensions has been available. My colleagues and I have sought to develop such scales. They have been evaluated in the United States, Sweden, and Italy so far, and they have been used in several published articles (e.g., Nilsson et al., 2020; Nilsson & Jost, 2020). They are accessible below: